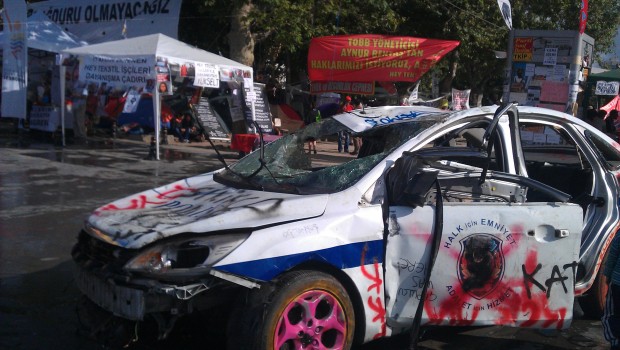 The Gezi Park Protests in Turkey and Social Media

Taksim – Gezi Park Protest started in 28 May 2013 in İstanbul, and it’s been gradually rippled accros the country in a couple days. 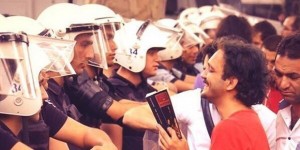 The main reason of this protest and resistance is block the venture to cut down the threes in Gezi Park to carry out the “ Taksim Pedestrianization Project ”.Hundreds of protester have gone to Gezi Park and they pitched their tents in Park.People just wanted to stay and share their nature love,look for their freedom of expressions, sing, speak to each other and read a book in the Park.The first reason of reaching this issue to a bigger event is the police attack on unarmed people, and this attack has been supported via government.

While these events were been developed in that side, Turkish media has fallen victin to cencorship by the government, and the audiences and public have created Their own news channels by using social media in other to arcieved their free press.Also, big account owners of Twitter and Facebook those which have more than 100K followers, used their accounts to give information to the followers that what Turkish media did not do.But, shared informations were not always true, some of them were wrong and highly planed to provocate the people.

In those days, social media users has stayed online on Twitter and Facebook and let each other know about the events.In Recent years, millions of Twitter users and activists have been organised on Twitter, they became together in the streets, they protested the goveenment and the goveenment has been forced to resignation

Nowadaysi Suria Goverment has limitted the internet in their country to avoid public Revolution, and to avoid people’s organisations on Twitter and Facebook.
Social Media is one of the most important source of free expressions and explanations of people, and its really indispensable platform for millions of users.

Some of People and channels blamed the social media and some of them criticized the Prime minister of Turkey because of his Rough wording.The governors tried to Result the Resistance by meeting with the activists.In this process, the conflict between the police and public progressed once in a while, specially mid – night. 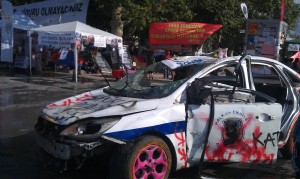 Outcomes of this protests and Resistance’s conseqvences were teribly heavy.Many people harmed by water canon, tear gas, plastic bullets and baton. Many people last their eyes, some of them injured and 5 unermed peole have been killed by police. 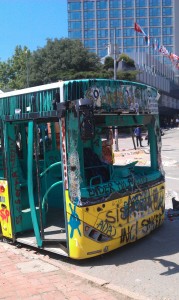 Event are suppressed by the government and the Gezi Park is discharged from the people. Actually, people, public did not give up the Resistance but there is no any protest in these days. 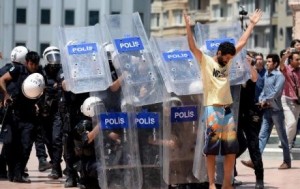